Wow, how is it practically mid-March already? Hopefully this means the worst of winter is behind us (although we do have a big storm coming this week) and the weather will be getting warmer (but not too warm before Boston!)  Here’s how the last few weeks have gone for me.

February started out well, and then the second half of the month turned into a big fat bust.  My first two weeks were right on track – I hit 38 miles and then 40 miles respectively – and then last two weeks were pretty non-existent.  First I caught a cold (first full week on a new job, too!) and then the second week I had some terrible, terrible fatigue issues, which despite my best stubborn efforts, I just could not run through. I think I might have logged like 15 miles between the two weeks! Thankfully I was able to get back on track last week, and was able to complete all my runs, including a 18 mile long run, for a total of 44 miles.   The miles were slow, but I was happy to at least be able to get out there and run. I’m bummed about missing two weeks of training, but it is what it is, and I am going to just move forward to make the best of the next 6 weeks left of training!

Ehh – these did not go so great between being sick and starting the job, but at least it was a good measuring stick of what I can reasonably hope to accomplish in a month, right?

Make sure to get in one quality workout a week.  800 repeats,
hill repeats, tempo runs – I hate all the hard workouts. But if you want
to run faster, you gotta run faster right? My plan has these written
in, so I just gotta stick with them, and not make excuses for myself.
C – I got in two weeks worth of speed workouts before I got sick, and then I could hardly run at all. Since I couldn’t really help being sick, I don’t want to be too harsh on myself. I will have to pick it up now that I am feeling better!

Start strength training.  I had some restrictions on this one
post-op from the doctor, but I expect to be cleared on my 3 week
checkout on Monday.  Once that is over with, no more excuses.  I gotta
fit it in, starting with twice a week.
F – First I used the new job as an excuse, and then I got sick, so yes, no strength training for me.

Swim once a week.  Again, this is pending clearance from doctor
on Monday, but I don’t expect this one to be an issue, either.  Swimming
is my weakest sport in triathlon, and if I don’t keep up with it over
the winter, I may drown next tri season.

F- – Hah, not only did I not swim, but I’m not even a member of a gym! I am in a bit of a new transition with the new job, and potentially moving this summer – but I do need to figure out a short term solution.

Drop 2-3 lbs.  I don’t have a ton of weight to lose, but I would
feel better (and likely run better!) if I get closer to my race weight.
Time to start chipping away at it.

D – I at least lost a lb, so it’s better than nothing, but here’s to better efforts next month

March is peak mileage time for Boston – and even more critical for me more than ever, since I lost so much time in February.  With that in mind, I really want to focus on putting my best foot forward the next few weeks and put myself in the best possible position to succeed in Boston, and not try to overload myself with too much “new” cross training until after the heavy miles calm down.

Make sure to get in one quality workout a week.  I may have to adjust the workouts in my plan since I missed a decent chunk, but I do want to make sure to try and pick up the speed – without putting myself into major fatigue again.

Make better food choices.  I don’t want to get too caught up in the scale and end up depleting myself, but I do want to focus on make the right choices to fuel my runs better.  Less wine, more veggies!


Take some time for myself. I have a lot on my plate this month between marathon training, a new job, some exciting partnerships ahead (more on that coming soon!) house shopping, and lots of family obligations.  But if I don’t carve out some time for myself to relax, I will fall apart at the seams.

Find a place to swim.  Right now I am in between gyms, but I need to find at least a place to swim, since it will be months until I get back into the open water again.

How is your year going so far? I’m a bit off topic for this week, but I’m linking up with the lovely ladies on Tuesdays on The Run 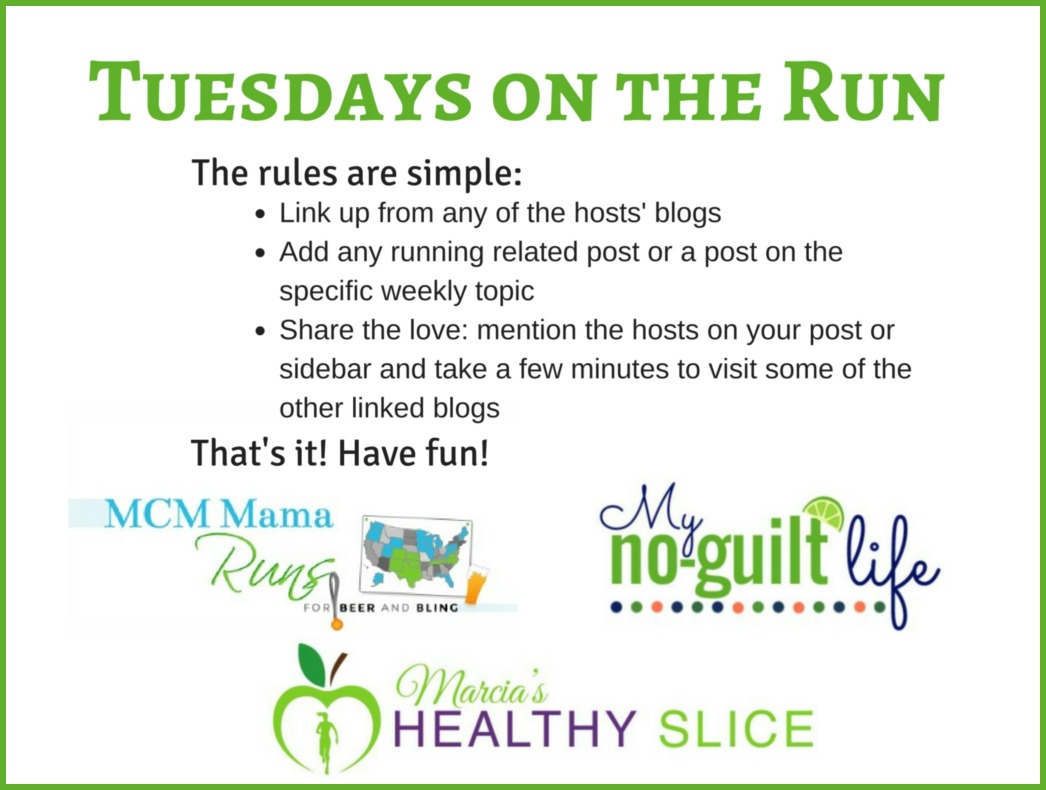 Boston Marathon Training – Week 2 Recap:So while last week was technically week 1 of training for me, I hopped into a 12 week plan at week 2, so let’s call it week 2 training! I am following Hal Higdon’s 12 Week Boston Bound plan. I’ll have to do some modifying to accommodate my particular needs. While I feel quite confident I should have no trouble handing the mileage/workouts of this plan, I do think some of the time-based workouts are written for runners who run WAY faster than me, so I will be taking that into account for the weekend long runs.

Here’s how the week of training went: 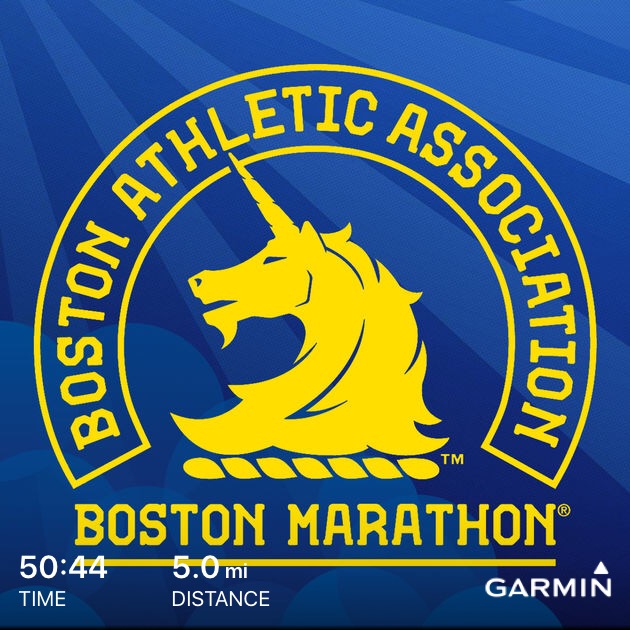 At this point I had no idea I was running Boston until later this evening, so I was planning on a basic, easy run.  Not much to write home about – the big news was signing up for Boston after my run! 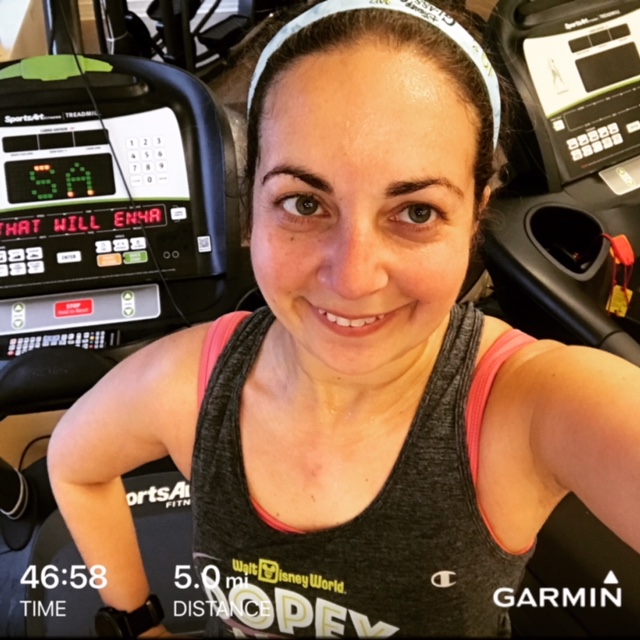 Eeek! I knew I was in the race, and time to get serious about training.  Today called for 4 x 800 (Yasso 800s).  I was super nervous to get back into a harder workout, because I have been so fatigued lately.  I also had to head indoors because we had gotten some snow, and the last thing I need is to slip on black ice running repeats. I managed to run each 800 in just under 4:14, which is where I wanted to be without falling of treadmill, so yay me 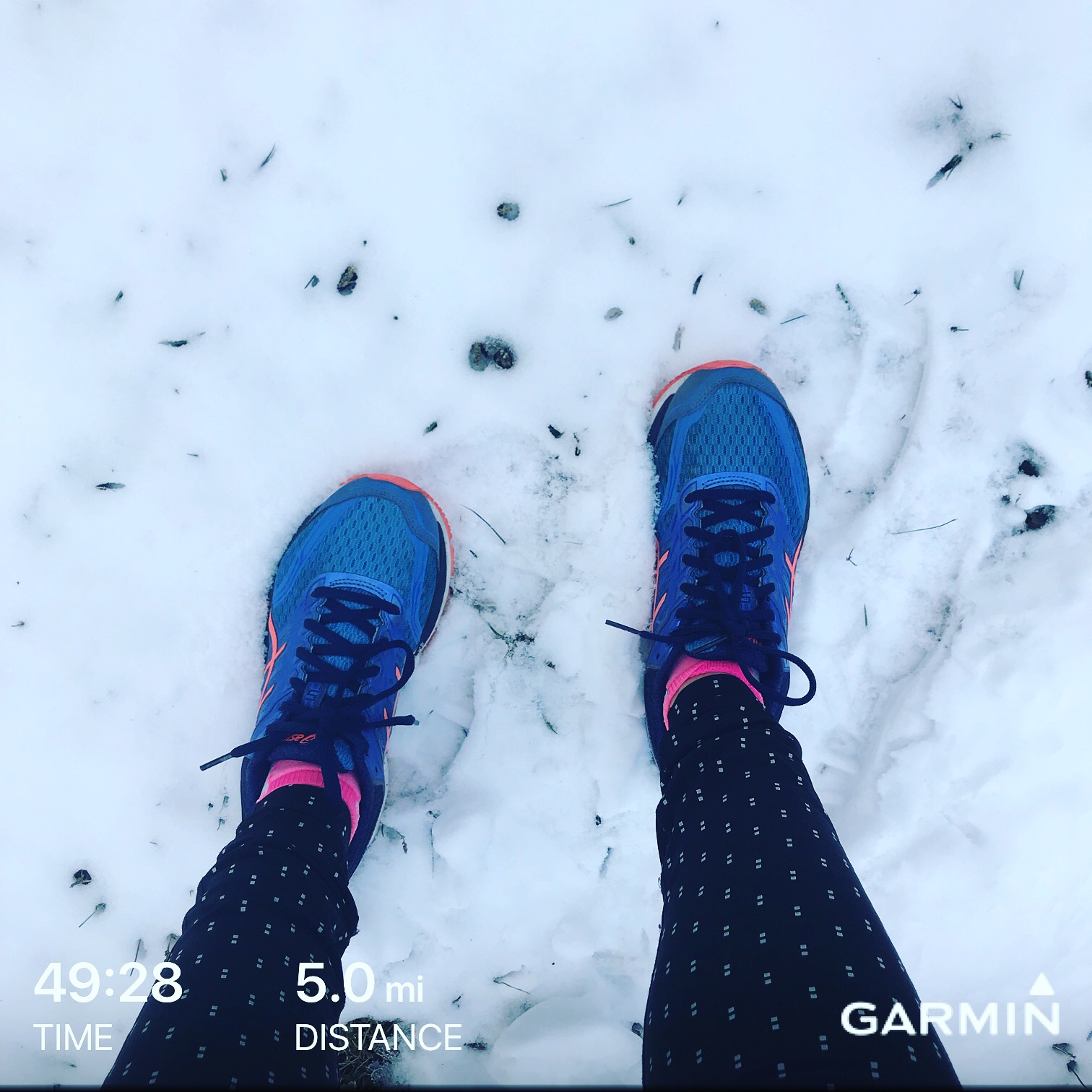 Another easy run. Planned called for 4, but I bumped it up to 5 miles. I probably pushed a tad too fast, but I am struggling with what was “easy” two months ago vrs now.  Was happy the snow cleared off the main roads enough I was able to get outside!

My plan called for 7 tempo miles, but next week had Thursday’s run as easy miles, so I decided to swap the two out.  This was the first post-op long run, and I was using it as a trial to see if I would be able to handle the weekend’s mileage.  Thankfully this went without issue, and I was SO relieved.

Today was supposed to be marathon paced miles.  I definitely did not hit marathon pace on these miles, but I am trying to cut myself a little slack between the painfully cold weather that morning (which is definitely bothering my nasal passages post op!) and my legs just getting back into the swing of things. 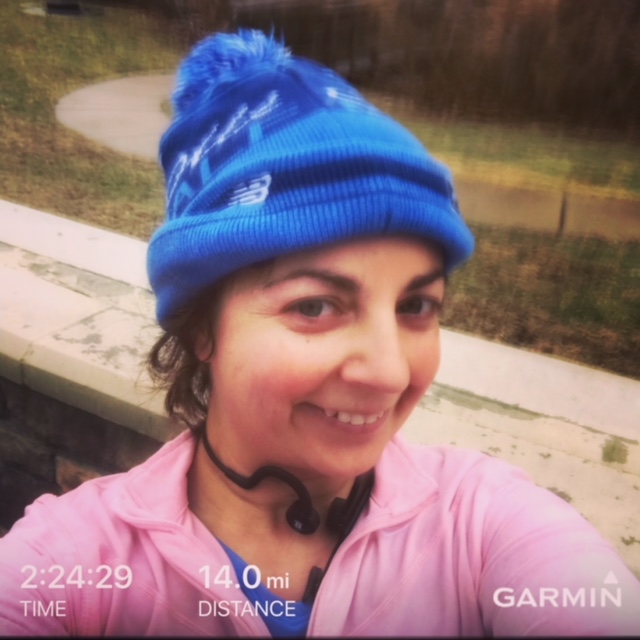 Long run day.  Okay I’m not gonna lie,  I was flipping out I wouldn’t be able to do this.  I know it is somewhat irrational, considering only a month ago I ran 13.1 miles and a marathon two days in a row, but this is the first long run I’ve tried since then, and running hasn’t really been smooth sailing since then.  While it was definitely one of the slowest long runs I’ve done in a while, and it was much more of a struggle at the end then this distance typically is, I was VERY happy to be able to get the miles done.

Total mileage: 42 miles. Happy with the mileage, but wish my relative speed from the fall would return.